The roots of Korean martial arts can be traced all the way back to prehistoric times, with primitive weapons crafted from wood and stone being used for fighting and hunting.

The ancestors of modern Korean people migrated and settled in the Korean Peninsular as early as the 28th Century BC, a region which has since has thousands of documented instances of foreign invasions. Because of this, the Korean people had to develop their own unique martial arts and military strategies in order to defend themselves and their territory.

The vast majority of these martial arts fell into one of three branches; Tribal, Buddhist and Royal Court Martial Arts.

SahDoh MuSool was popular among the ancient tribes, city-states and smaller kingdoms that formed in the Korean Peninsula and parts of what is now China. This was evident well before the first unified Korean kingdom of Ko-Cho Sun which was founded in 2333 BC by the legendary king, DahnGoon WahngGuhm. Later, SahDoh MuSool was further developed and made widespread by voluntary militias comprised of the common people, who often fought in battles to defend their villages.

Traditional athletic activities such as Taekkyon, and Ssireum are considered to have originated from SahDoh MuSool. In fact, many techniques found in the popular Olympic sport of TaeKwonDo can also be traced back to SahDoh MuSool.

As a result, Buddhist martial arts include both internal training, with emphasis on special breathing and meditation methods, as well as external training, with emphasis on extremely effective self-defense techniques. Many Buddhist monks were so accomplished as martial artists that they were occasionally called upon during national emergencies to fight in battles by forming unprecedented armies of warrior monks.

To this day, BoolKyo MuSool plays a significant role for Korean martial artists by providing them with philosophies of non-violence and compassion as well as ethical codes of conduct, such as the famous Five Precepts of the HwaRang warriors.

Kings, royal families and government officials had private armies and bodyguards who practiced a type of martial art known as KoongJoong MuSool.

Existing records in Japan suggest that many KoongJoong MuSool techniques found their way there and gave birth to the Japanese art of Jujitsu. King JinHung of the Kingdom of Silla encouraged the HwaRang warriors to practice KoongJoong MuSool in addition to their other martial arts training. But later during the Koryo Dynasty and Chosun Dynasty, Korean kings enforced policies to discourage the practice of martial arts and to forbid the possession of weapons, in order to protect themselves from military rebellion or any other political uprising.

The three branches of traditional Korean martial arts: SahDoh MuSool, BoolKyo MuSool, and KoongJoong MuSool, were organized to form a single system known as Kuk Sool in 1958 by In-hyuk Suh, the founder and Grandmaster of Kuk Sool Won™.

Kuk Sool has countless techniques derived from the three branches of traditional Korean martial arts and is structured to take a practitioner in a logical progression from the beginning all the way up to Master level.

Kuk Sool Won™ has been actively promoted worldwide by the World Kuk Sool Association®, and it is also recognized in the martial arts community as one of the most effective and comprehensive systems of traditional Korean martial arts in existence today. 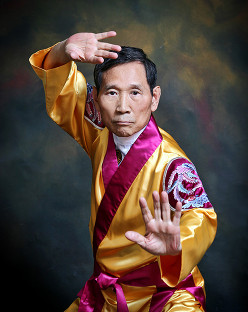