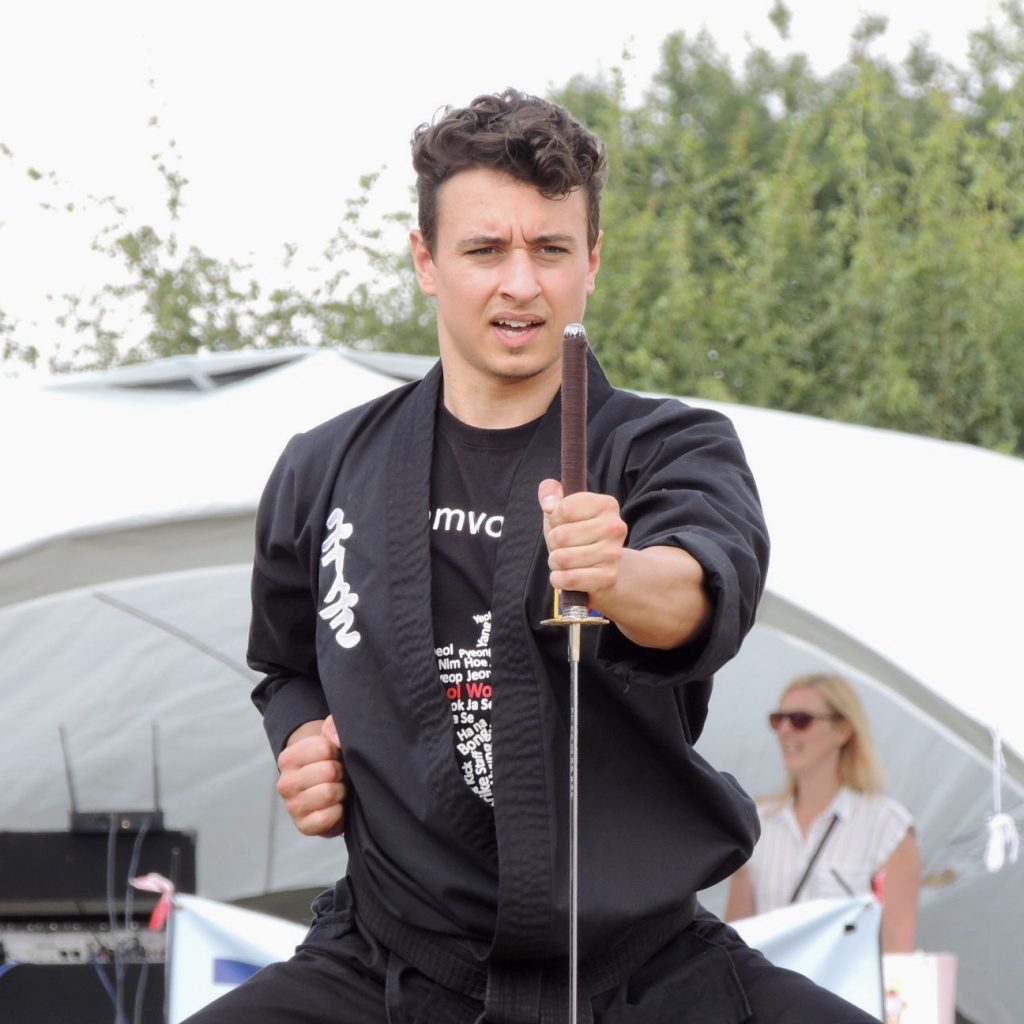 PSBN James started training at the age of 7 under Master John Gravenall, promoting to 1st Degree Black Belt in 2005. PSBN James continued to train for a few years, before taking a break to focus on academics and other sports. At the age of 18, PSBN James returned to Kuk Sool Won, with his passion for the art greater than ever. During 2012-15, PSBN James went to study at the University of Liverpool, where he continued to train in Kuk Sool Won under Master Carl Barrie. In 2015, He promoted to 2nd Degree Black Belt.

PSBN James has practiced Kuk Sool internationally with trips to Spain and USA. He has trained at the former WKSA HQ in Tomball, Texas with instruction from Master Sungjin Suh (9th Degree) and Master Alex Suh (8th Degree), the Grandmaster’s eldest sons. He has also trained with numerous other Masters and instructors in Texas and California. In 2019, PSBN James promoted to 3rd Degree Black Belt. 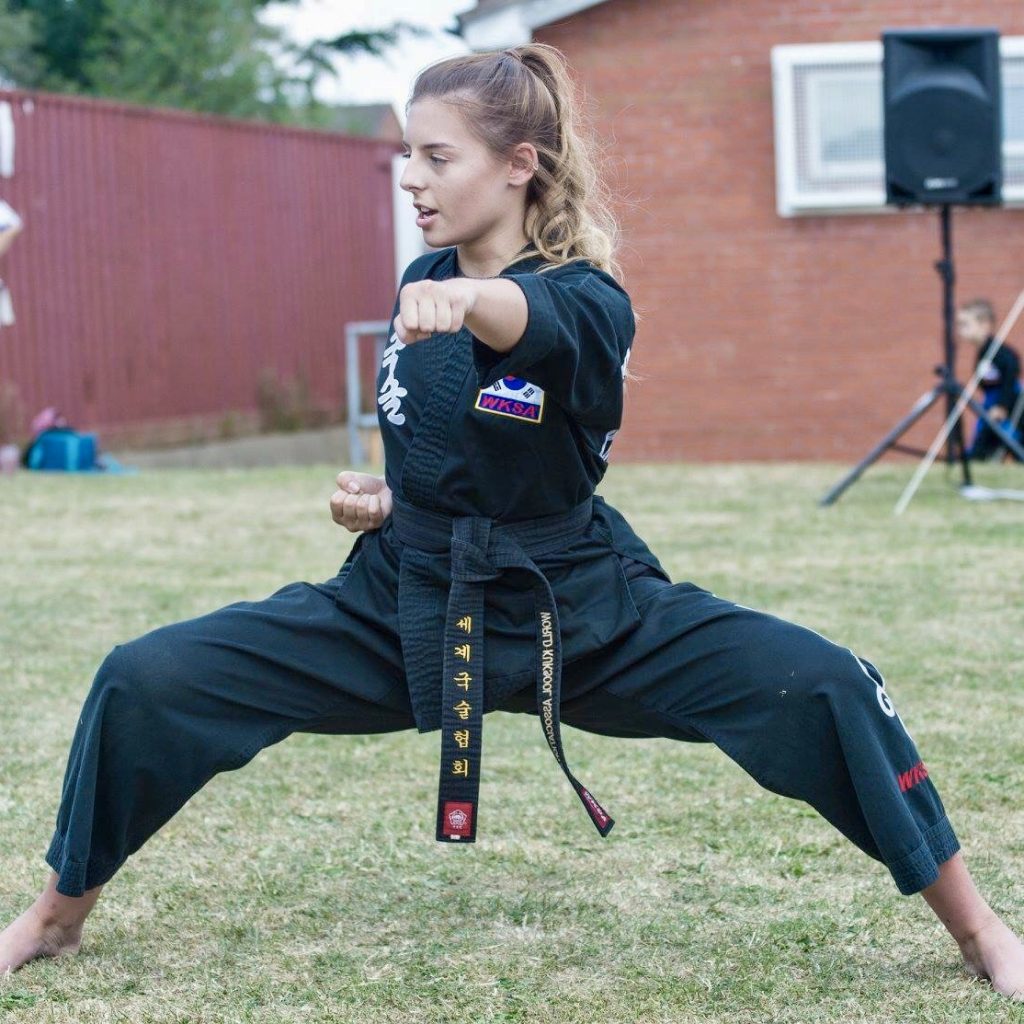 PSBN Amy began training shortly before her 5th birthday under Master John Gravenall. Upon reaching the Dahn Bo Nim level (Black Belt candidate), PSBN Amy took a short break from Kuk Sool Won. She returned to complete her Black Belt training, and promoted to 1st Degree Black Belt in 2013. From there, PSBN Amy began to take her training to the next level. Competitions are one of PSBN Amy’s favourite aspects of Kuk Sool Won, and she has competed in numerous tournaments both nationally and internationally, earning over 100 medals in total of all colours.

In 2017, PSBN Amy competed in Spain in her first international tournament, and in the same year won 2 gold medals at the European Championships. That was also the year that she promoted to 2nd Degree Black Belt. The following year, she competed at the World Championships in Galveston, Texas, and won a medal in every category, including gold in the staff division. In order to maintain her high skill level, PSBN Amy attends all of the seminars and workshops that she can, receiving instruction from the highest ranking Masters in the world. PSBN Amy promoted to be rank of 3rd degree black belt in June 2021 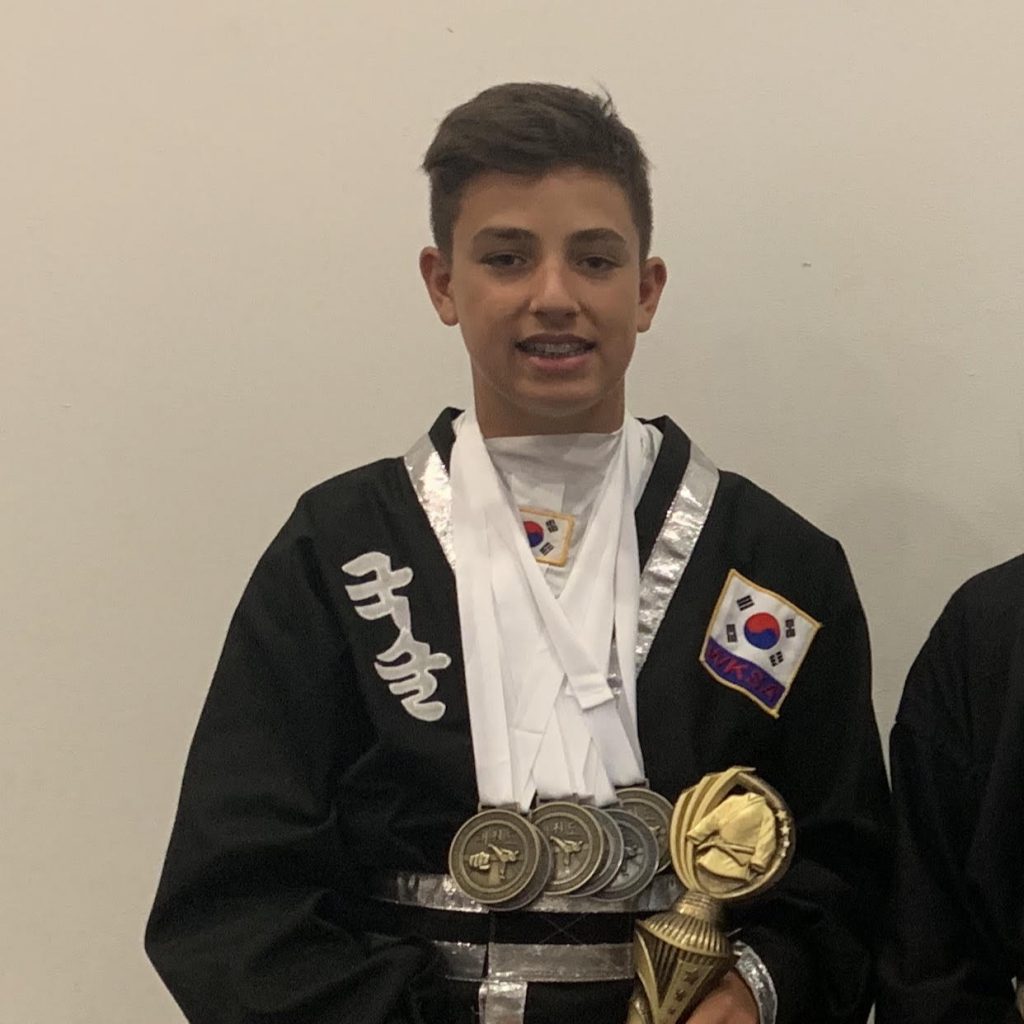 JKN Oliver began his Kuk Sool Won training under Master John Gravenall at the age of 8, at the same time that PSBN James returned to his training. After 6 years of consistent training, JKN Oliver promoted to the rank of 1st Degree Black Belt at the 2017 UK Championships in Liverpool. Since the opening of Kuk Sool Won of North Birmingham in April 2019, JKN Oliver has officially become a student of his older brother PSBN James, who ensure that the standards of his abilities stays high.

JKN Oliver is a great asset to KSW of North Birmingham, providing students of all ages and abilities with excellent instruction. JKN Oliver is especially good with instructing younger children, a skill which he has honed through being a football referee. He has had success at local and national tournaments, winning medals of all colours. He even won a local tournament in August 2019. JKN Oliver hopes to start testing for his 2nd Degree Black Belt in November 2022.